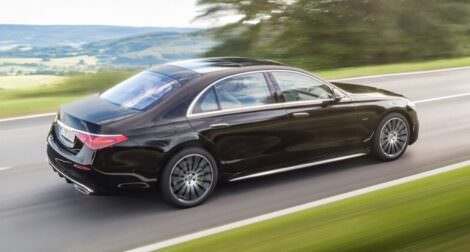 Status, premium, legendary – these are not all the characteristics that can be related to the Mercedes-Benz S-class. Now, this flagship sedan of the famous German brand appears in a completely new version, because quite recently, on September 2, 2020, a new generation of Mercedes-Benz S-Class with the W223 index debuted. And we are glad to offer you a Mercedes W223 rental with a driver in Kyiv! Nothing will highlight your level of prestige more than driving the new S-Class, because, in addition to all other advantages, such a car is an actual exclusive. Our company is pleased to provide a new Mercedes-Benz S-class for rent to meet any of your requests: from business transfers to an unforgettable romantic trip to a countryside restaurant.

The S-class has always been at the top of the Mercedes model range, the best of the best, so most of the customers, including many celebrities, politicians, and other outstanding people, remain loyal to the brand with the three-pointed star.

As the flagship of the model range, the Mercedes-Benz S-class is not only a premium car, but it is also the most innovative and technologically advanced. All cutting-edge developments in all areas of the automotive industry, from comfort to safety, appear at first in the S-class. It was like this with many previous generations of this model, and the new W223 is no exception. 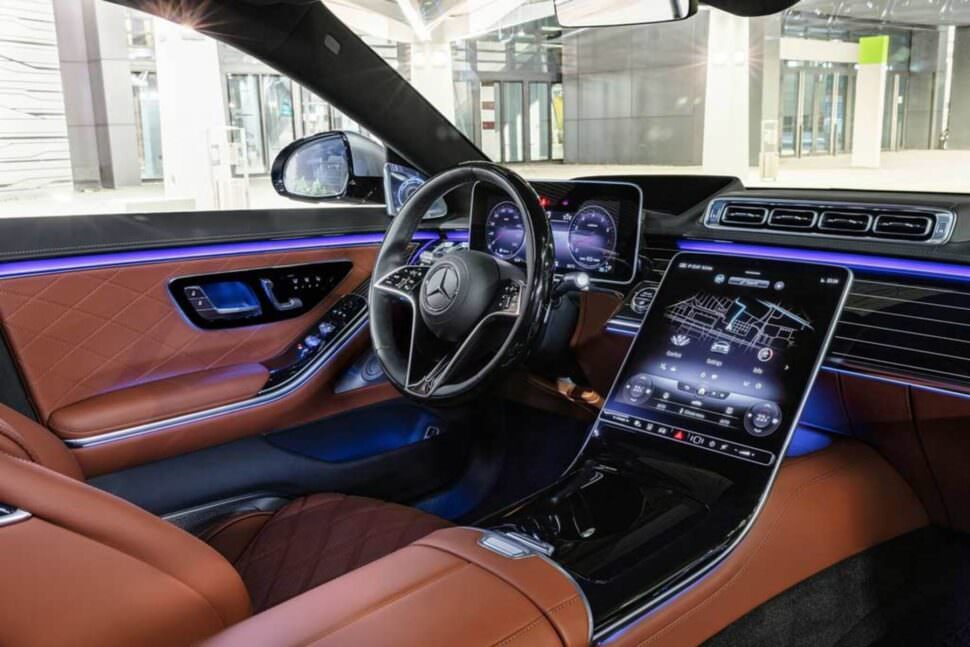 However, externally, the style and recognition of the S-class are impeccable! Finest sedan proportions, classic window lines with a small semicircle, distinctive design elements, and, of course, uniqueness in style. Rest assured that you will not confuse the new S-class with any other vehicle on the road. No wonder its name stands for a “special class”.

Compared to its forerunner, the new S-class W223 has noticeably changed optics, both front, and rear. It is easier to distinguish the new sedan from the stern, since the lights are now horizontal, which resembles the style of other new Mercedes-Benz models. Not only are their forms new, but also their possibilities became greater. The LED matrix headlights now shine dozens of times more accurately than before and optimize lighting based on speed, weather, road conditions, and road illumination. And the Digital Light system will warn the driver about road works and pedestrians on the side of the road by illuminating them and projecting the corresponding symbol onto the road surface. Navigation prompts can also be projected onto the road surface in front of the vehicle.

The new Mercedes-Benz S-class W223, which our company already offers for rent, is modified compared to the previous versions: it became longer and now it has two versions: regular and elongated. The length of the standard S-class has increased by 54 mm to 5179 mm, while the extended version has increased by 34 mm to 5289 mm. Built on the second generation MRA modular platform, the new sedan also received an increased wheelbase (up to 3106 mm and up to 3216 mm, respectively), as well as air suspension as standard equipment.

All these changes guarantee even greater comfort in the cabin with a unique design to fit the latest trends. The creators have produced an atmosphere that evokes a sense of relaxation and lightness, and a great quantity of and electronic assistants will not only support this atmosphere but also remind passengers of the digital era inside cars. The centerpiece of the dashboard is the huge display of the infotainment system, equipped with the second generation MBUX (Mercedes-Benz User Experience). Itis able to recognize speech in 27 languages ​​and not only follow the driver’s commands but also predict his actions. 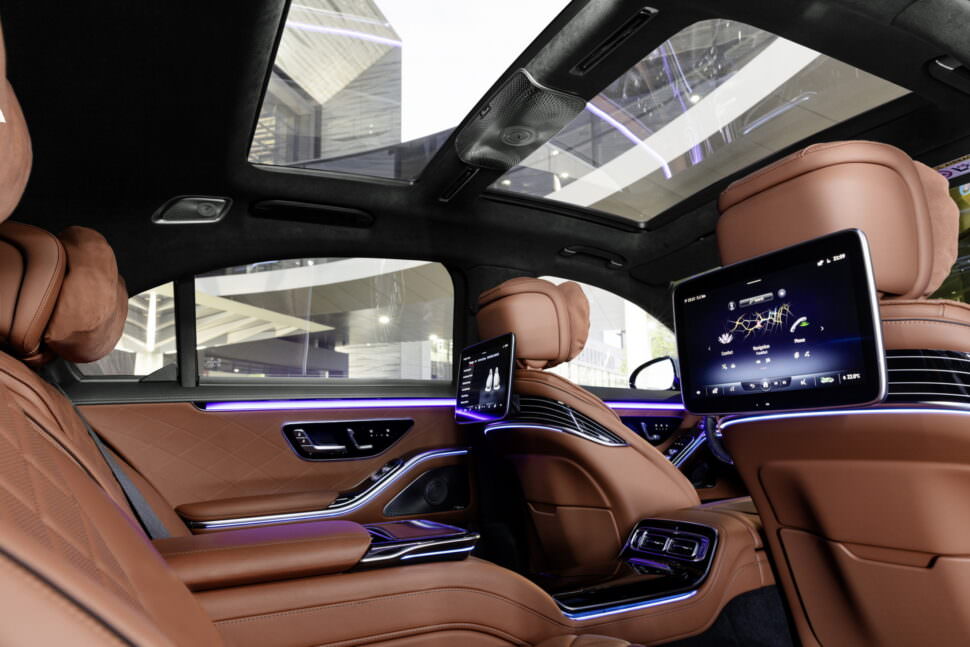 Both the front and rear seats offer a variety of electrified settings as well as a massage function with 10 different types of massages. Plus, the seats can vibrate to the beat of the music, enhancing the performance of the subwoofers. Contour lighting and an air purification system are also responsible for the atmosphere in the cabin.

At the start of sales, the new Mercedes-Benz S-class is produced with six-cylinder engines, both petrol, and diesel. Gasoline ones have a volume of 3 liters, and diesel ones – 2.9, but all differ significantly in power, torque, and dynamics accordingly. The petrol versions of the S 450 and S 500 are equipped with a mild-hybrid system and an integrated ISG starter generator, which adds a little power and 250 Nm of torque to these versions. Thus, the Mercedes-Benz S-class S 500 is the most powerful (435 hp) and fastest to date (0-100 km / h: 4.9 sec.)

But soon there will be a modification of the S class with a V8 engine, and a rechargeable hybrid capable of traveling up to 100 km on a single battery. These changes are planned for 2021.

It is also worth noting that simultaneously with the presentation of the new Mercedes-Benz S-Class, a new plant of the company was launched, where this sedan will be produced. The automotive plant of the future is almost 100% automated, including the supply of components for cars, and the traditional conveyor is replaced by TecLines – autonomous transport systems.

Advanced development based on W223

Mercedes is keeping pace with the time and shortly it is planned to appear not only a hybrid version but also a fully electrified one. The electric versions will be based on the MEA platform and will be equipped with two motors – one for each axle. This Mercedes-Benz S-class is expected to develop 400 hp. and will receive the prefix EQC in its name.

But the most luxurious version of the Mercedes-Maybach S-class has already been presented. It features a 180 mm longer wheelbase, an original two-tone paint job, even more, diverse equipment, and a 630 hp V12 engine.